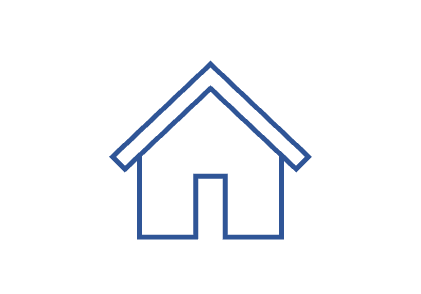 In this topic, your are given 4 crystals:

In all cases, the given crystal structures are the ground state crystal structures and they have been extensively experimentally investigated. In case you wonder about argon: you know this as a gas, but if you cool it down below 84 K, it crystallizes.

Imagine you have no other prior knowledge about these 4 crystals apart from their experimental structure. The question we ponder now is: how can you determine from DFT which type of chemical bond is at work in each of them? OK, there is a fair chance that for these four prototype materials you know the chemical bond already from your basic courses in physics and chemistry. But that’s not the point. We will examine how DFT can tell you about chemical bonding, not only for these four crystals yet for any other crystal you are interested about.

First, we calculate the cohesive energy for all four crystals, obtained as the total energy per formula unit minus the total energy of a formula unit of free atoms — look at the results here, and verify one or more of these (quick) calculations using your favourite DFT code (yes, by now you are able to do this – some input files for Quantum Espresso are at the bottom of this page, to verify your set-up).

We have separated the Van der Waals’ bond from the other types. How to distinguish further between ionic, covalent and metallic bonds? The directionality of the bond will be a useful criterion. Covalent bonds are directional, while ionic and metallic bonds are more isotropic. Bond directionality can be detected by inspecting the charge density: when a bond is directional, somewhat more electron charge accumulates along the strong bonding directions. This is a small charge accumulation, however, and on a plot of the charge density as such, it will not be easily seen. A much more useful plot is a charge density difference: for every point in the unit cell (or in a 2D cut through the unit cell) the difference is made between the charge density of the crystal in that point, and the charge density of a hypothetical crystal that is built from a superposition of free atoms. The charge density difference shows how electrons are redistributed when the initially free atoms combine and bond to form a crystalline solid. The procedure how to make such plots with Quantum Espresso is explained here. You can inspect the results for our 4 example crystals here (it is very instructive to reproduce one or more of these cases, and to play with the 3D visulation — it says much more than these static pictures).

When inspecting these pictures, a considerable pile-up of electron charge in between neighbouring Ge atoms is obvious — that’s the signature of a directional bond, and therefore covalent bonding. This is almost absent in aluminum and rocksalt.

Distinguishing between metallic and ionic bonding is less clear-cut. Ionic bonding involves electrostatic attraction, and requires therefor atoms that can donate electrons as well as atoms that can receive electrons. That requires at least two different elements, such that by exclusion aluminum cannot be an ionic solid. That’s a weak argument, however, and it could not be applied to the many intermetallic crystals that are around (e.g. Fe-Al alloys). The nearly perfect spherical symmetry in the case of rocksalt, compared to the slight traces of charge pile-up between the atoms in aluminum is a more general argument that points to metallic bonding for aluminum and ionic bonding for rocksalt.

If you have other suggestions how to deduce the type of chemical bonding from DFT information, please post them on the chapter forum:

The numbers quoted hereabove were calculated with Quantum Espresso (PBE, with PAW pseudopotentials). Information to reproduce these calculations is listed hereafter (if you study this course with your own preferred DFT code, then start from the cif files given at the top of this page). More explicit information for doing single atom calculations with Quantum Espresso will follow in the chapter on supercells. Basis set size and pseudopotentials must be identical for the single atom and solid state cases.

solid state (crystal) files (use the same pseudopotential files as for the single atoms):

Verify a few of the total energy and difference density calculations given above.

Previous Topic
Back to Lesson
Next Topic
Scroll to Top